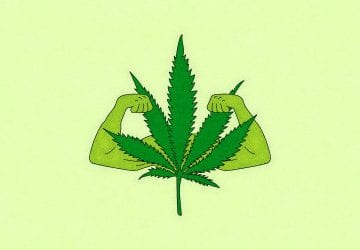 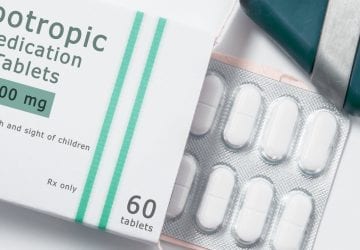 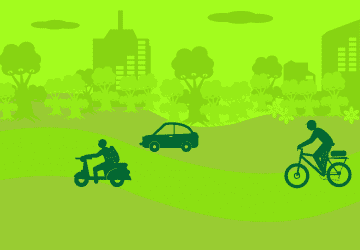 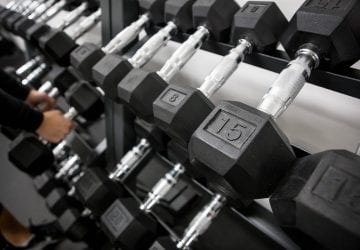 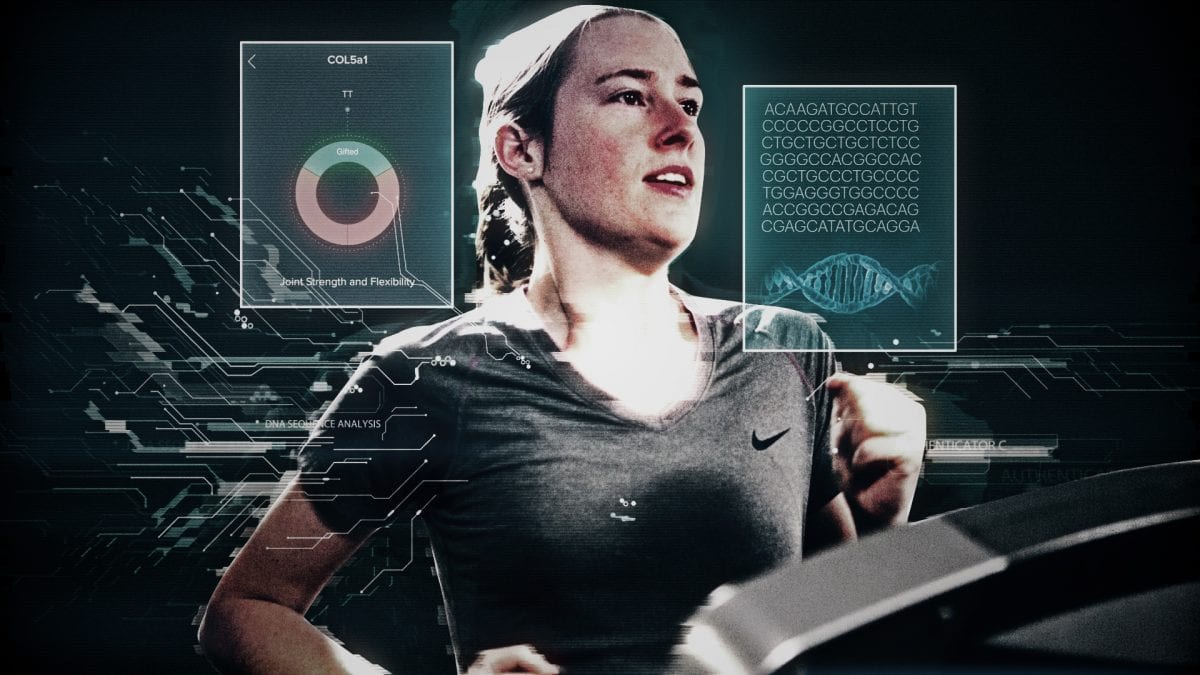 Genome sequencing, or decoding one’s entire personal DNA sequence to obtain information of significance, has already been well-established in the medical sector. Literally, hundreds of thousands of people have been sequenced to varying degrees, and billions of dollars have been poured into research to find the best medical value of this novel and complex technology. The big-ticket items include information on pathogenic conditions for which intervention or treatment is available; the carrier status of conditions that might not be apparent in you but could materialize in your child if your partner is also a carrier of mutations in the same genes; and pharmacogenomics information, or how your genetics impact your reaction to medications.

These are items of medical utility, but there is also information embedded in your DNA that can be of personal use that your doctor would have nothing to do with, even if they might be related to your health.  A couple of great concepts that are grabbing lots of attention are a genetic predisposition to nutritional influences on health, and overall athletic prowess.

The notion that diet influences health is an ancient one. Food can impact how our genes are regulated, and genes can impact how food is utilized by our body. This concert between nutrition and the body’s molecular expression is now an emerging field of science thanks to genome sequencing technologies. Nutrigenetics looks at the impact of our genes on the food we eat, while nutrigenomics looks at how food impacts the genetics in the body, but frankly, these terms are often used interchangeably.

One example of this is the gene MTHFR, which is involved in the metabolism of folic acid. Specific mutations that compromise the function of the MTHFR gene can result in elevated blood levels of homocysteine, which is associated with an increased risk of heart disease and stroke, but can also be linked to birth defects and pregnancy difficulties. In such circumstances, dietary folic acid supplements might be recommended.

So, by interrogating an individual’s genome for mutation details, we could understand the precise nutritional requirements for that individual and accordingly craft a personalized diet that is most beneficial to them. And that sounds appealing to a lot of consumers!

In a similar fashion, another area of genome impact that has been receiving increasing attention is sports genetics. In this burgeoning field of science, the impact of an individual’s genetic mutations is assessed for their effect on cardiorespiratory fitness, muscle strength and performance, adaptation to training, or propensity to sports injuries. One study using twins as subjects estimated that genetics of athletic status as a heritable trait account for 66% of the outcome. The remaining impact is due to environmental factors such as training and motivation level, diet, equipment choice, and even sleeping patterns. Overall, more than 200 genes have been linked to physical performance, and as with nutrigenomics, one desired goal is to be able to link such specific genetic predispositions to a personal exercise regimen that is most effective to individual athletic performance.

But are we there yet?

The scientific data (or lack thereof), suggests not. While the data continues to emerge, there are huge limitations to being able to achieve such lofty goals at the moment.

One of the problems is that many of the discovered genetic associations to these traits of interest are very small in impact, at best accounting for 1-2% towards the trait being studied (and this can also be said of some of the complex diseases in medical genomics). Furthermore, these associations have often been discovered in studies with a small number of participants and an inexact characterization of the trait, which can be difficult to achieve for such complex events as nutritional impact or athletic performance. As a result, such small isolated studies can be biased, and even suggest a wrong association between a genetic marker and the trait.

The problems do not end there. Due to the limited number of studies dedicated so far to this area, there are likely many more genetic variations that impact these traits that are yet to be discovered. This means that the known impact of the current genetic associations to these traits is likely overestimated and will need to be revised in time. This has already been demonstrated in the medical genetics of complex diseases.

Finally, such multifactorial complex traits are also influenced by additional factors in a complex, and sometimes unexpected, manner. For example, your personal bacterial composition (referred to as microbiota), can influence your health, and your gut microbiota will also impact the effect of your diet on your health and, most likely, even on your athletic status (you just wait).

In consequence, the current available data is inherently limited and not validated, leaving it without sufficient statistical power to truly showcase and replicate with confidence the genetic impact on these traits of interest. As a result, complaints have been presented that the growing industry offering genetic tests based on such data cannot predict either the athletic performance or the impact on personal diet. Therefore, providing such data to consumers is potentially scientifically unsound, as it is simply not ready for a commercial service.

To overcome these limitations, further research and funding into this exciting area of genomics is required in order to produce sound and consistent scientific evidence on the scale that has been observed in medical genomics. Another approach could be to pool the existing data of single studies together to produce larger data sets with potentially greater statistical power (called meta-analysis).

In one such example, data from a total of 366 articles was combined to demonstrate the involvement of ACE gene mutations on physical endurance, and from 88 articles to implicate the ACTN3 gene in athletic power. These happen to be some of the most studied genes in sports genetics, providing some of the best evidence yet regarding the genetic influence on physical performance.

Nutrigenomics has not fared as well. In one of the largest meta-analysis of over half a million cases involving genes typically offered in commercial tests, common conflicting findings were revealed, along with a great inconsistency of genetic associations with diet impact on health.

But despite the complaints about small effect sizes, underpowered studies to demonstrate convincing results, and the overall inability to effectively predict the outcome associated with complex traits, there is still more to this story that makes these genetic risk scores very interesting.

A recent study looked at the impact on athletic performance with a training based on genetic information. One group of athletes matched their training style as suggested by their genetic testing outcomes (high-intensity resistance training for those with a genetic power bias, and low-intensity training for those with an endurance bias), while another group did not match their genetic profile to their training style. After 8 weeks, the athletes who followed the genetically guided training program showed greater improvement than those who did not. This was the first such study of its kind, demonstrating performance improvement based on genetic information. Once again, the research was based on a small number of individuals and faced some criticism, but in sports where fractions of superiority can distinguish winners, this certainly is an exciting trend that future athletes could potentially be tapping into.

In a similar fashion, one massive research project that followed thousands of subjects for about 20 years and scored them on cardiac events in that time span, categorized individuals into low or high genetic risk groups using many different low-impact genomic variations previously associated with these complex traits. And while one can argue about the predictability and utility of such genetic scores, the individuals in the high genetic risk group had a higher chance of experiencing a negative cardiac event in that time span than those with a low genetic risk. What was even more exciting to discover was that no matter what genetic group you fall into, following a favourable lifestyle based upon a quality diet and exercise could dramatically reduce your chances of such negative health outcomes. If you ever needed scientific convincing before, or to understand the environmental influence on complex traits (in the form of your lifestyle choices), then this is it.

So, while the story might still be far from complete, this certainly is an exciting area for further research! Both nutrigenomics and sports genomics should take valuable lessons from medical genetics, moving forward as a field by increasing scientific research rigor and channelling greater funds and attention to this discipline. The beneficial outcomes just might surprise us more than we expect.

Dr. Mikolaj Raszek is a founder and owner of Merogenomics Inc., a consulting company based out of Edmonton helping clients with private access to whole genome sequencing and related technologies. Merogenomics Inc. specializes in cancer DNA profiling, DNA testing for undiagnosed diseases, prenatal screening and sequencing in healthy asymptomatic individuals for preventative assessment.

Living Life To The Fullest 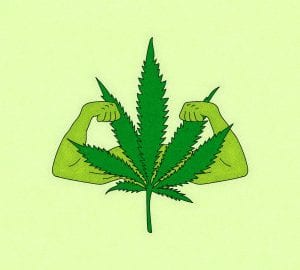 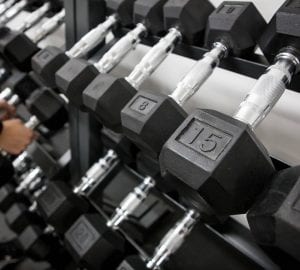 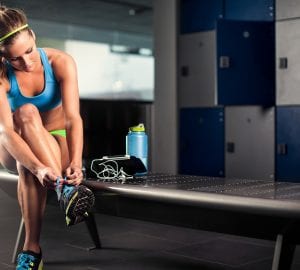 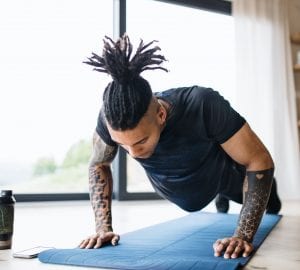 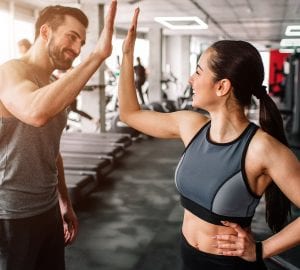